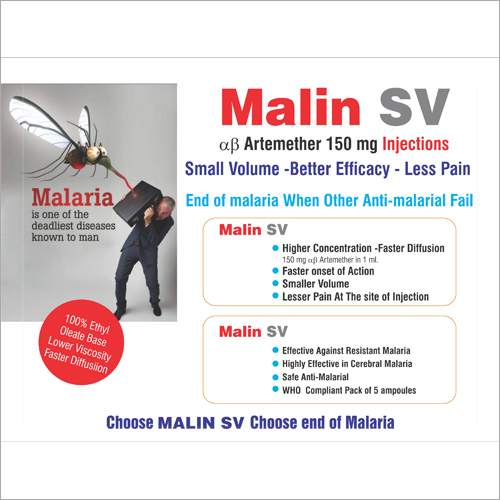 Established in the year 1985, we are formulating and supplying Malin SV Injection. It is specifically formulated to cure malaria, which is an entirely preventable and treatable disease if tackled early. The treatment of malaria depends upon factors including species of malaria parasite, severity of disease and whether preventative anti-malarial tablets were taken or not. It works on the blood forms of the parasite and thereby eliminates clinical attacks of malaria. This acts as an important drug in the process of antimalarial chemotherapy. Malin SV Injection consists of quinine, mefloquine, halofantrine, sulfones, halofantrine, sulfadoxine, and tetracyclines. 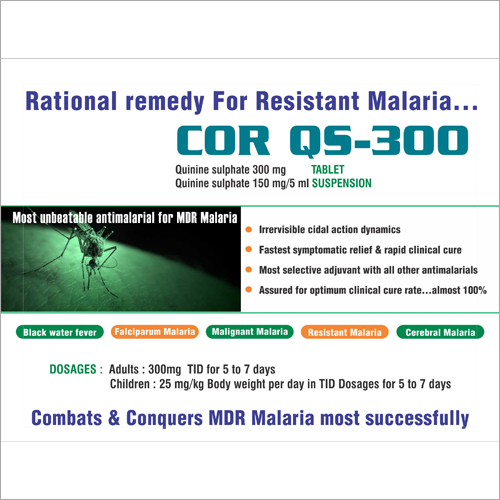 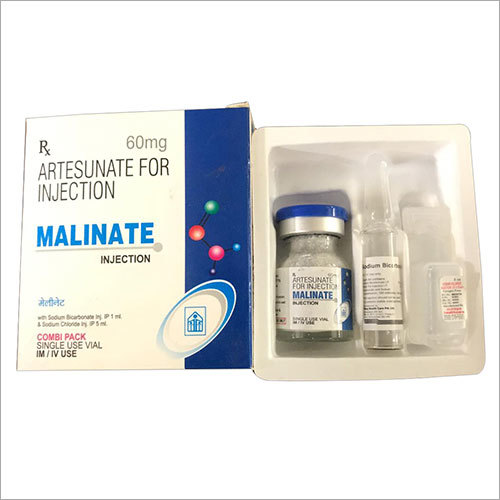 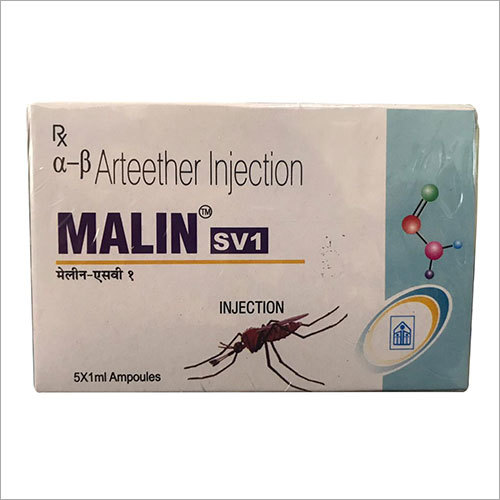 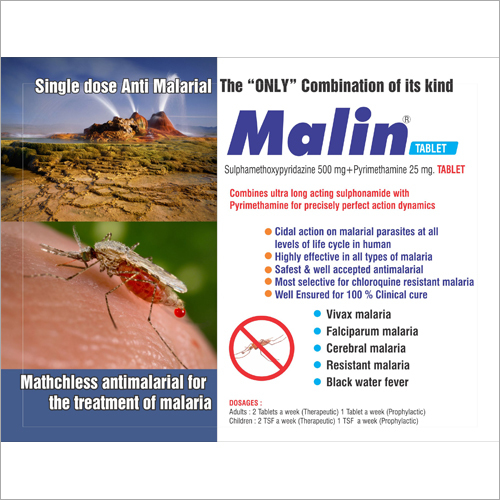 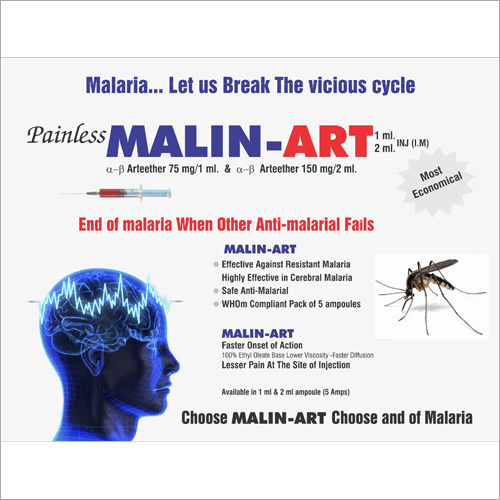 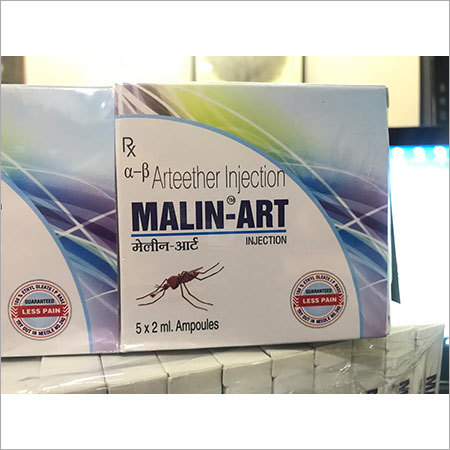